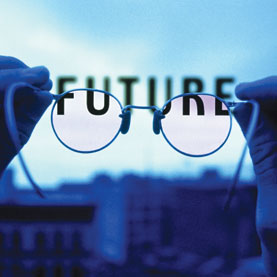 The current  ICJ scheme has been packaged and  marketed as a “legal issue” for mass consumption.  Yet at the  foundation  of  this land claim is  geopolitics and natural resource that has become more urgent for trans national  corporations (TNC’s) who are the extended tentacles of  an  unbridled,  consuming, neoliberal  economic  system that has become globally  unsustainable.   As Belizeans we make  the assumption that the men and women who are selected to represent  us in political office are informed and knowledgeable  of  certain vital issues that ares critical  to our nation   very survival. But this is an assumption we make at our own peril. We are arguing that  historically in Belize from the inception of our  nationalist movements, these independence movements evolve as dependent nationalism.  While the term    may appear contradictory, it is a reflection of  the extent and degree political developments in peripheral countries like Belize are constrained by economic and political forces of the center.  Thus as a consequence our local political directorate’s indoctrination and orientation is to look  outward for assistance  in their struggle with the metropole without first and foremost  build internally those resource necessary to confront the center.  Hence, despite a century old claim upon the country of Belize by a proven genocidal aggressor, various local regimes initiated  zero sustained process of educating the people about the issues and forces  that confront them and the near and present dangers.  The circumference  of our thinking has permeated around the idea that salvation will come from outside rather than from the development of political bases from within the nation state.

This dependent and decrepit  view of our  existence has essentially shaped our entire national development and  foreign relations, or lack thereof.   Various prominent political representatives regurgitated the age old claim that in order for the nation to achieve development it has to attract  capital from abroad,  coupled with the  never ending barrowing which lead to a permanent  state of  servitude/slavery to the lending  institutions.  The inability  to  recognized the human capital and potential from among the very people they lead and the extended natural resource the country possessed as a foundation for national  development, has perpetuated  a state of  perennial  poverty and underdevelopment.  This type of paradigm shift will not come out of the two main political entities in Belize that has become inseparable from the crippled system of governance.  In many respect they have a vested interest in maintaining things as they are, and thus cannot be expected to become true and authentic agents for political, social and economic transformation.  This will have to be the outgrowth of a people’s centered mass movement  cemented in a clairvoyant vision of  allegiance to the nation state.

The debt  burden of our country has been shifted to future generations of Belizean, and our unjust land distribution system remain  unchanged since the days of British colonialism.  The type of radical  transformation that is required to begin a process of  changing  the top down model  of  governance must be rooted in the communities and principalities of the people.   As mentioned earlier our people were never empowered  with the knowledge of self  and  benefitted from  popular education that  ties them to the land and agriculture, which is the engine of civilization.  While all our people to one degree or another have been deeply affected   by  colonial education, black Belizeans  are currently living out the most graphic effects  via  fratricide and gentrification.  We remain essentially a fragmented people with each group nibbling around the edges  but lacking  the ability to create a national movement with clear goals and objectives.  These  challenges are not unique to Belize but are common place everywhere the British had meddled.

When war and revolution was engulfing  the isthmus, Belize used to pride itself as the only haven of peace and tranquility. We knew little or nothing as to why our brothers and sisters were waging  violent struggles in their respective countries.  Yet  these revolutions were born out of decades of exploitation, injustice, corrupted regimes, brutality  and genocides.  Those of you who believe that Belize is fine as it is and there is no need for a fundamental  structural  shift,  should take heed of the warning signs.  Those who make peaceful revolution impossible shall make violent revolution inevitable.

6 thoughts on “Assumption and presupposition regarding Belize future by: Nuri Akbar”