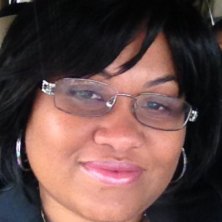 I recently listened to an interview where Godwin Hulse bragged to the media that Belize (assuming he meant Belize is part of the British Commonwealth) had more experience at writing laws than the United States and it was at that moment I realized that Godwin Hulse is clueless about Belize’s constitutional democracy, young existence and genuinely believes, though misguided, that the UK, Commonwealth and Belize systems are all equal.

A lot of people don’t know that the UK has no constitution. They have a document called the Magna Carta that has existed for centuries that acted somewhat like the first human rights declaration. After centuries of power struggles between the monarch, privileged classes (nobilities), churches and the poorer classes, the UK has evolved from a complicated intertwined system of turmoils, tradition, law making and landmark court rulings; however this concept of common wealth and common laws are nothing of the sorts.

During the entire period of slavery, slavery was forbidden inside the UK. In the colonies of the UK, however, there were no human rights, nor common wealth. The UK committed genocide against the indigenous people to steal their land and wealth; enslaved Africans, Arabs, Chinese and Indians, brought them into the Caribbean and Africa and then committed human engineering by shaming their cultures, appearances, traditions, religions and changed their native tongues to English. The UK extracted mass amounts of wealth while keeping the colonies in very under developed conditions that persists today. Today, Belize has rejected its indigenous and African History as an important education  tool to build our consciousness and nation.

The first US settlers rejected this UK wealth extraction model for themselves, threw some English tea in the water and fought them for Independence. They knew the Magna Carta existed and went on to write their own constitution with the spirit of the Magna Carta intact. They however committed the same crimes as their mother but their constitution, democracy and sense of their human rights remained intact and thru wars, civil rights movements, law making, constitutional landmark court rulings and a system that encourages its citizens to be vigilant and challenge injustices have made Americans fierce about their rights and the American constitution is designed for her citizens to keep seeking the ideals of justice and the perfect union.

The Caribbean and African colonies, whose purpose were only for wealth extraction were flooded with slaves from different regions of the world and then they were engineered to a system of white corporate supremacy, self hate, erasure of histories and mis-education to foster compliant citizens. The manufactured culture in the colonies had no Magna Carta to reference, were not as sophisticated because many people were brought in from different cultures to work only to extract the wealth on behalf of the UK. The engineering within the colonies was considered so brilliant to quell rebellions that Willie Lynch taught the slave owners in the southern states how to use a system of divide as an effective tool to curb slave rebellions. Centuries of engineering persists today, so much so that Godwin Hulse thinks that this concept of commonwealth is real and that Belize 38 years of law making is more sophisticated than the US 243 years of law making and is on par with the UK centuries of law making.

When the colonial model became an unmanageable task for the UK because of her over commitment to fighting in World War II, she decided to give most of her colonies Independence, not before she distributed carbon copy constitutions to capture some parts of the British legal and political system but failed to go far enough to help with development of colonies to first world status.  The evidence of wanton corruption and underdevelopment throughout many Caribbean and African nations that persist today is proof that the one true shared value of the Commonwealth is to keep wealth extraction in place for a few and thwart real development.

In the UK, Parliament is supreme. The UK attorneys and barristers study and practice law in the UK or commonwealth, but in the colonies it is the Constitution that is Supreme. Specifically in the case of Belize the attorneys study law in the UK, or other commonwealth countries such as Barbados, Guyana and Jamaica. The study of law in another nation presents a serious problem and may explain why Belize suffers from crippling destabilizing corruption.

The legal body of Belize has limited expertise in Belize’s law and constitution and our lawyer politicians are trained and indoctrinated into the UK’s philosophy of Parliamentary supremacy not realizing that Belize is a Constitutional democracy and so we find our leaders with a poor understanding of their own system and therefore remain in constant violation of Belize’s Constitution. All of Belize’s Prime Ministers were born and educated in a colony and even though we claim we are an independent nation we are proud to be an appendage to the UK but in constant need of aid.

I have pondered why these violations are so blatant and arrogant but I realize it is ignorance and colonial engineering that is destroying us. I also pondered why Belize loses so many international cases, but I realize now that when actions of those who think we are in a parliamentary supremacy is measured in a different environment where law is supreme, violations will keep haunting them because their ignorance keeps them in constant violations.

So what is the solution?

It is time to sever the umbilical cord and get to building the nation state of Belize.  We can start with a law school in Belize that is geared towards teaching Belize attorneys about a Belize legal system and a Belize Constitution.  All attorneys should be mandated to pass a Belize constitutional law class to practice in Belize.  We should be developing a curriculum about our history and shared values.

Ask yourself this important question: How can any leader develop their country when they do not know or study their own laws and history?

The solution means that Belize needs to do exactly what the US did –  reject what has been given to her and develop a Belize for Belizeans by Belizeans with Nation Building in mind.

20/20 should be about perfect vision!

Donating to the blog helps with administrative costs such as web fees, internet, time etc.