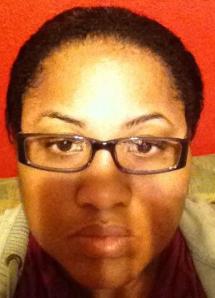 Here is my bio and my story leading up this blog for my readers.

Who I am is an ongoing journey in my life. The complexities of whom I am would likely bore most however, here goes:

I was born in Belize City but grew up in Belmopan. My parents were both career civil servants and were one of the “founding families” of Belmopan. As civil servants from the old colonial Belize, they were very ethics oriented and very much dedicated to their professions. My Mother and Father (both deceased) are still very influential in my life today. Both my parents were extremely intelligent and therefore having an intelligent child as myself was almost a given. J

My grandmother told me that when I was only two years old, I would beg her to go to the Indian shop next door to her house on South Street in Belize City. She said to me: “Aria, If I send you to the shop with 10 cents to buy something for 2 cents, how much change will you get” she said I sat and thought it out a while and said “Granny, why don’t you just send me to the shop with two cents to buy something for 2 cents! ” Need I say more..lol

As a student growing up, I excelled in school without studying much and without strict parents (I wish they were stricter with me on this). I would get lost reading our of encyclopedias. I use look things up to learn about it because I wanted to learn about everything. On the pleasure side of reading I enjoyed my mom’s collection of Sidney Sheldon books, Tom Clancy and Danielle Steel and some other hot romances, I was not suppose to be reading. I also enjoyed documentaries and biographies.

I am very nostalgic about growing up in Belmopan. May have been one of George Price’s greatest vision (before the politics began eroding the fabric we see today). Growing up in pan as it is affectionately known, was a very rich experience. I participated in ballet, contemporary dancing, youth groups, basketball and volleyball. I explored everywhere on my bike and on foot, visited nearby rivers and parks. I also traveled a bit as a kid, all over Belize and North America. My aunt was an archaeologist, so we visited many Maya Ruins. I was a big tomboy and as such was constantly chastised to sit properly, don’t whistle “ A whistling woman will never see the gates of heaven” , stop running around with the boys, stop with all the sports etc. I always challenged my Mom and others on these gender roles and use to ask her why would God give us the ability to do things men do, if we are not suppose to. As a child I have always challenged accepted status quo, especially when it came to the limitation of women. Honestly my parents spoiled me and I appreciate them for allowing me to grow in my own path.

One of my highlight (and so I thought), was meeting Philip Michael Thomas, the heartthrob from Miami Vice because my mom was a protocol officer at the time . I spent hours dressing up for him ..only for him compliment my sister on how cute she was…that ended my imaginary love affair. J I also got to go to political rallies with friends from opposing parties and found the entire politics rather entertaining . As students from Belmopan, we also got the privilege of visiting the Supreme Court in session and the House of Representatives and we were pretty much exposed to government all the time, so my interest in government is clear.

However, my world was not perfect. Within my diverse family, I experienced prejudice and classicism . My Mom married a poor black village bway who was a “nobody” police, while her friends and cousins and even siblings were marrying businessmen, “brand name men” (as I love to call them), foreigners etc. and in the social world of Belize creoles that was a “no no”…On my mom’s side of the family, the beauty of hair length, texture and everything Eurocentric was celebrated. One cousin even denied we were related once, obviously too poor to be affiliated with her. On my dad’s side, my cousins called me “white woman” and tease me because of the complexion of my skin. Such messages were confusing to me as a child as I personally could not see a difference, in my child brain, it seems that we were just all different shades of brown and I surely didn’t feel poor. “I didn’t know I was different until someone took the time to point it out” . It had a significant impact to shape who I am as a person. I realized from early that the outside of a person is the least important characteristic of that person.

I went off to SJC 6th form after high school. It was definitely a culture shock for me. The social dividing lines were prominent. People socialized based on status and similar economic background. It exposed me to the realization of the prejudices that is pervasive in our politics today. It was also the year of elections, the first time I actually got involved as a foot soldier, talking to people about voting and making a difference and the first time voting. At that time, politics was insignificant the day after elections was over.

My first year at  6th form years was also one of the most devastating chapters in my life. In 1991 my mom passed away from breast cancer. A disease that came back far more aggressive the second time around. She was my rock, I became a shell of a person for a while as I struggled with such a major change in my early life. All my pursuits was put on pause. I was accepted to the University of Toronto and did not pursue that avenue any further. The 90’s was not over with major losses and turned out to be the most devastating decade of my life. My mom and her two sisters fell victims to breast cancer. My uncle’s wife passed away and then my father. The most influential, foundational and important influences were gone. The biggest cheerleaders in my life were wiped away…in God’s saving grace my son was born in 1995 and it gave me some revitalization of the importance of my dreams.

After 6th form I worked for the airlines and the bank. The jobs were purposeless in making a difference, but secure and comfortable and eventually not for me. I worked at Prosecution Branch in 1999 and that job reignited the dimming light inside me. Working for government (against all the previous advice of my mom) was a difference between night and day, especially coming out of the private sector. The laziness and apathy was unbelievable. The corruption was rampant and the victims were the poor and uneducated and people without access to legal counseling. During my tenure there, I was offered bribes for cases, victim of political interference in cases, witness to unethical behavior of Bar members. The shocking perpetrators of such behavior made me realize I needed to continue pursing my dreams outside this corruptive environment. I walked out of that office with a clear conscience, never taking a bride, never prosecuting an innocent person and never succumbing to such an environment.

At the time, the Canadian Embassy was above the Prosecution Branch, I went upstairs, got an application (the internet was new for Belize), applied online to York University in Canada and the University of South Florida and got accepted to both colleges. The Canadian Embassy was a long arduous process, the US embassy was far more efficient and less bureaucratic, so I ended up in Tampa studying Political Science at the University of South Florida. I have a BA in political Science and excelled in that program. I have also completed one year of law school here in the US, but withdrew and today I am back at USF pursing a Masters in Public Administration.

I remember telling a businessman before I left Belize, that our country will become progressively worse as we selectively prosecute the poor and also because we have no compassion for our youths. I expressed by growing concern about corruption. A prediction easy to make but one I hate to see come to fruition .

I live in the United States but I read everything Belize. The news, magazines, and occasionally the Newspaper. I listen to all the Belize stations via TuneIn radio. The news has become increasingly alarming as the violence is becoming increasingly worse with attacks now being waged against law abiding citizens. Poverty and desperation is growing in Belize even though oil has been added as a major income earner. Corruption is now blatant and seemingly the order of the day.

I have reached out to other Belizeans about Belize’s situation but most people were oblivious, some were blinded by political affiliation, some defensive or offensive and some flatly didn’t care. Facebook has provided a great outlet to bring to light the growing issues in Belize. However, the idea of change has been growing in me for years. My hope is that Belizeans start addressing our issues from a Belizean perspective and not through the lens of politics if we are to forge a future for our children.

Faye was one of the few people who I could debate with intellectually, passionately and even in disagreements, it never became personal. Faye is non-traditional, open minded and not afraid of her opinions. When she was censored on “Friends of Belize” Facebook page I realized that she was just the person that need to be uncensored. We started the blog on Christmas Day 2011 and have had over 50,000 hits. Beginning 2013 Faye decided to pursue other projects outside the blog. So here I am after a year of much success on the blog still advocating for a better Belize.

My purpose remains clear. I plan to discuss the issues in a serious and sometimes humorous way, away from political influence and pressure  and in a balanced perspective. I am also on Facebook at http://www.facebook.com/Twocanview. I hope you read, engage, and be part of a change to build a prosperous Belize for our children and many generations long after I am gone.