They seh dont speak ill of the dead but rass dis di tek di cake! Look…I understand ok? Even gangbangers have people who think they are great. You can almost always find someone who will swear that he is sweet, charming, fun, caring….even it is only his momma. But we have to tell di truth and shame di devil man!

I respect all human beings even if they are the most evil monsters you can fathom. It doesn’t mean I have to like them or not face facts. Sometimes, the only good thing about a person is what he teaches you NOT TO BE. Let’s stop dis shit about making these gang bangers into martyrs. They are behind much misery in many people’s lives. They are cruel inconsiderate bastards who would sell their mothers to the highest bidders. So, why is it that WOMEN seem to be the ones defending these guys? These men aren’t loyal. They use you. They leave you with babies they won’t support or can’t be good role models for. Are you so shallow that you are blinded by a beer and some chicken? IS that the requirement to be considered a “good” man nowadays? RASS Then I am ten times that man huh? cause I could buy you a whole case a beer and all the chicken da di shop! Can I be KING now?

It is a sad state of affairs when we sell ourselves so cheap. And we are. Have you thought of the message we are sending our children???? Don’t drugs. Go to school. Go to church. BUT you si Mr. So and So? Check out ih new ride! Wow! UGH 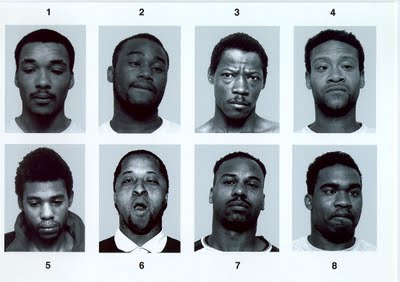 Do you want this to be your family portrait? 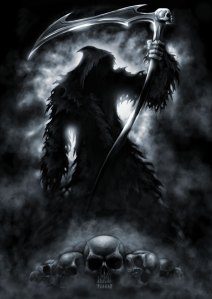 In life, they were mortal enemies. In death, they lay side by side for such is the great equalizing force of DEATH.

There is much controversy surrounding the deaths of rival gang leaders Pinky and Arthur Young…Some are vehemently unsympathetic while others seem to be almost trying to turn them in to martyrs.

What are the lessons we should be learning? Are they being lost in all the anti-government/anti-police sentiment?

My brother’s best friend who grew up like a brother in our household, was a drug dealer. He crossed the wrong people and he was beaten and then set on fire…he left behind a young son who I have never seen again. I assume he and his mother are in hiding. I was so angry with him for doing this to himself, his family, our family and it was right before my wedding….HORRIBLE….that was not even the end of the story…other people died, went to jail, were deported…lives were destroyed and families were torn apart.

I know first hand, the life of drugs and gangs. When they have met what seems to be an inevitable end, we, who are left behind, have to deal with the pain and sorrow, threats and fear of retaliation.

I can only hope that the youth who are watching and learning, see that in the end, there is only one end. 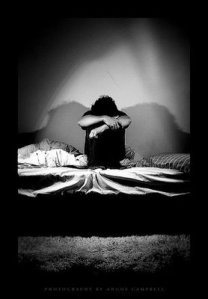 Suicide is not a typical behavioural choice. Human beings have a strong sense self preservation. This is why people find it hard to accept when someone chooses this way of dealing with challenges. A common reaction is to blame the victim. Some act disgusted, calling them weak… crazy…stupid…selfish…misguided…sinner. Others laugh and make fun, snickering and belittling with jokes and sarcasm, and still others, just dismiss it, preferring the deluded false security of denial.

I want to understand all these reactions. And I do, usually. But there comes a time when such ignorance and insensitivity becomes unforgivable. The time is when you have been told differently and appealed to with knowledge and scientific research and still, you persist in perpetuating this type of destructive attitude.

Can we just agree that all behaviour is on a continuum? “Normal” is quite encompassing. Very few behaviours are actually abnormal. No one chooses to be mentally ill. Unfortunately, our bodies and minds are susceptible to breaking down, and like any physical ailment, we must treat our mental ailments. Left unattended, they become unmanageable and debilitating.

Would you leave a sore to fester? Would you let a broken limb heal badly, crippling you for life? Would you not take your insulin? your blood pressure pills?

It’s really simple. We are ruled by chemicals. When there is too much or too little, our brains don’t function well. Our perceptions become warped causing us to make harmful decisions. So, we take medication to correct the imbalance and we seek therapy to re-learn to think and regulate our emotions so that we can make more productive decisions and engage in more effective behaviour. This works for most everyone except for those suffering with the more serious and persistent mentally ill, eg, personality disorders and psychosis.

Like everything else. Get educated. Have some patience and show some humanity. You will need someone to show you just that one day. 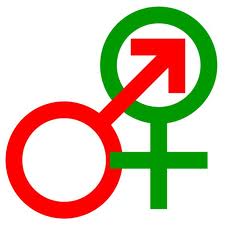 Look how well that fits 🙂

There is a presumption many make about women: we don’t get along but men do. Women don’t like each other; all we do is gossip and fight and compete agaist each other instead of working with each other. Men don’t hold grudges; they aren’t emotional so make better teams; they get ish done (rolling my eyes on this one: sorry guys, but you rule the world and yeah….’nuff said).

I disagree. I think that the relationships are different in nature which leads to particular challenges. What do I mean? Men appear to get along because they keep it superficial. Can you imagine a conversation that goes: “And how did it make you feel when the boss touched your ass?” Not gonna happen.

So women and their relationships are under a lot more stressors than their male counterparts which may seem compromise productivity at times. For a brief history read: http://en.wikipedia.org/wiki/Women’s_rights   So, evolutionarily speaking, perhaps this is exactly the kind of dissonance and discord which needs to take place in order to strengthen our understanding of each other so that we can develop better resolution of problems facing our society: domestic violence, equal pay etc.

What does this mean in the world of politics? A LOT. If men are unwilling to delve into the effects certain issues have on the quality of life of women and children, these issues get pushed into the background and are ignored. It is proven that societies in which women enjoy greater independence, access to education, representation in court etc are stronger economically.

It would seem then, instead of seeing things in a negative light, let’s learn from each other to find an optimum level of respect, understanding and good intentions so that we can all contribute to the growth of our society. Don’t blame women. Don’t blame men. We are the victims of our history BUT we are in control of our future so be grown and act accordingly. 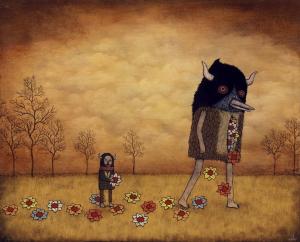 I’m not quite sure how or why or when it became okay to hate our fellow human beings just for being. Maybe it has always been that way as we competed for food, land, women. At the same time, haven’t we learned that it doesn’t work when we fight amongst ourselves?

I love Native American philosophy. They believed that if the creator made something/someone the way they are, who are they to question it. It sounds similar to Christian teaching doesn’t it? So why are we having a problem with homosexuals? Why do we act exactly in opposition of the our Christian beliefs? Why do we marginalize and discriminate and even hate our fellow man/woman?

In Native American society, gays were not treated any differently. It was a non-issue. Some married and had families. Some didn’t.  It was a simple matter of how one wished to contribute/exist as part of their tribe.

What infuriates me to no end, is that despite given facts to the contrary, people continue to insist that people choose to be this way and as such, can choose to be heterosexual if they want. All they need is a little bible thumpin’ and some river dunkin’ and viola! he/she will be saved and converted. Blech. Why the hell do you care?

Everything exists on a continuum: intelligence, wealth, mental health, you name it, so why is hard to believe that sexual orientation isn’t?

I just despair at the thought that so much of our resources and energies is being used to create an issue where there already exist many that could be given as much fervor to a much better end: child hunger, domestic violence, debilitating disease, drugs, gang violence…the list is inexhaustive.

Lemme hear you fight FOR something that our children can be proud of: better education, safer streets, safer homes, strong economy.