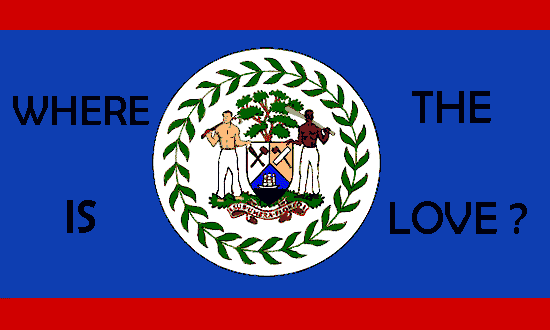 It seems that Belizeans cannot separate thoughtful debate without the need to know party affiliation. Faye and I encounter this quite a bit. We have been unable to effectively engage in debates without the constant accusatory finger pointing to party affiliation. The party affiliation addiction has created an impasse to meaningful discussion  and solutions. It would actually be hilarious if it wasn’t a sad statement of where we stand  as a nation. Does knowing which team someone plays for diminishes or compliments the discussion at hand? If an idea is a good idea, does it matter if it was a PUP or UDP idea? It seems that we lose a sense of humanity, fellowship, goodwill towards each other and ultimately our sense of citizenship and  civic duty because it does not reflect our party’s agenda.  I would like to believe we are Belizeans before we are PUP, UDP or anything else in Belize. I decided to interview two friends from different sides of the coins. I promised both I would not share their identities for this piece but I chose people who one may consider “die hard” supporters. Please read below:

Why the People’s United Party?

I support PUP because they are for the people.

Can you give me examples of this?

NHI; we [PUP] boost the economy unlike the UDP that kill the economy and don’t have a clue to boost it back even though they [UDP] say PUP wreck it. They [UDP] claimed they would be able to fix it within four years and they have not been able to get the country moving yet.  PUP gave salary increases accordingly unlike UDP who since elected has given zero raises but spend millions on fancy rides and paying gangs. PUP built Southern Highway, Orange Walk over pass, ITVET North, South and West.  They brought back the country after 5 hurricanes.  We [PUP] had some bad investments that if we could have done it again we would never do it that way but we are not afraid to take risks like a government should.  We [PUP] had a massive housing project, we put judges on tenure and UDP came and put them on yearly contracts to control them.  PUP stand and protect its supporters while UDP is about a few, even their own supporters complain about them.  PUP had foreign investments at 300 million and now the P.M said that we are only at 13 million. Our country imports 90% of what we use hence we need U.S currency from foreign investments to back us up. We will begin having problems to import stuff.  We [PUP] started the Cuba nurses and doctors program. We increase scholarships in Latin America and the Caribbean.  We started the polyclinics in the rural areas and water plants. Finally the UDP is taking four and a half years to build the Kendal bridge which is important to the South.

What does Democracy mean to you?

Democracy means freedom to function. The basis should be that majority rule and should be practiced.

What about minority rights?

They have the choice to and extend in conformity to what the majority says and we should champion the majority.

What about children and women? Majority rules but the rights of all should and must be adhered to.

There are people to champion those causes.  Lobbying by different groups.

Anyone can find themselves in the minority position at anytime in their life.

Yes, but politicians adhere to the majority and just look [ignore]  the minority.

Why the United Democratic Party?

I support UDP because of the economic policies, I like that their policies where they are people focused. It seems to me that PUP treat the country like it is a corporation and especially in 1998 . After 1998, because  of the economic policies of the PUP, the country was sent into to downward spiral. Law and order declined and the entire climate of Belize changed to a corruptive society  We [UDP] are trying to address even today.

Can you give me examples of some of the things that UDP do that you like?

UDP is transparent; I like the pro poor program as poverty is a major issue in Belize especially after PUP turned the country into a place with a few millionaires and a lot of poor people. UDP is  attempting to address crimes, however I don’t like the idea of paying gang members.  UDP  spend time trying to fix the economy. The nationalization of public utilities was important for Belize. We are not a country that can afford for investors to feed off our industries that benefit us all. I also like the way they dealt with Michael Ashcroft. It tells the world that Belizeans are looking for honest investors and not parasitic investors. I also like Restore Belize. Unfortunately the UDP cannot fix everything quickly and people do not see the immediate effects. We [UDP] care about Belize. Restore Belize  is dealing with the people psychological, educational and parenting. They are changing Belize but it we will not see the effects immediately.   We [UDP] did the first infrastructural changes in Belize with the fixing of all the roads.  Stann Creek road, Placencia Road, Western Highway. We [UDP] attempt to clean up Belize and have us looking decent.  We [UDP] spend time trying to put the country on track. In past elections, after we fight to fix the economy, PUP comes in and takes the credit and then reward all their friends with bloated contracts and wreck our economy.  The Superbond is a problem for me. PUP put the country and many generations of children on the hook for repayment of this bond.

Also when it comes to  leadership in UDP, it is by far better than PUP leadership. UDP gives Belize a facelift as how we are perceived by the world. UDP is more respected and Mr. Barrow represents Belize well and does a good job in making Belize a credible country. PUP has a mafia, sinister shady finish which UDP does not have. I think UDP actually tries to govern, PUP is about rewarding friends and family.  I think PUP tries to do a lot of things however,  it has no sustainability because they borrow money to give the impression the economy is good but they don’t make money.  PUP always looks good because UDP fixes the economy and PUP benefits from their projects.

In reflection, I don’t think either of the two parties do much for the middle class. The rich benefit through hook ups by being related or friends with party members and the poor  also benefit from our taxes while the middle class who pay  all the taxes receive no benefit from either party. Some of issues with my party is that unlike PUP, they tend to forget their supporters. We vote for UDP because we love our country and not for how we can benefit but it irks my nerve that they tend to forget us at times.

What does democracy mean to you?

A system for the people. You are allowed choices and the majority speaks in a democracy.

What about minority rights?

Democracy needs a vibrant constitution and a judiciary that enforces and keeps democracy alive because you have right to go court enforce your human rights. We are lucky that way in Belize. Many times the minority gets their way once they assert their rights.  We complain a lot in Belize but we have a vibrant democracy.  We sign on to many conventions of the UN that protect the rights of the minority.

In conclusion I believe that all Belizeans want a better Belize. I believe that no one is all good or all bad and no party is all good or all bad.  I got that both my interviewees love Belize and believe that  their party is the solution for Belize’s success. I believe that each and every Belizean is the formula for the success of Belize. Party affiliation should be the least important characteristic we focus on when engaging in a discussion with anyone. If we respect our Constitution of Belize, we should respect people choose their party affiliation  as part of their constitutional right. Willingness to contribute…now that is the kind of Belizeans we need more of!  Ask not what your country can do for you but what you can do for your country. (John F. Kennedy)

The responses of the interviewees are their personal opinions and in no way reflect the views of twocanview.

6 thoughts on “Why do I vote for PUP /UDP by: Aria Lightfoot”