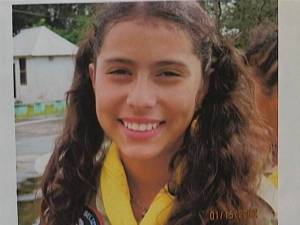 I spoke to my source close to the investigation last night to get a feel of what is happening now. The pathologist (not forensic pathologist) could not determine a cause of death.  Not surprising, he is not an expert in that field of forensics, so I learned last night.  And BTW, Belize law does not require a forensic specialist to examine murdered bodies; only a medical doctor is needed. Meaning, he was never trained to determine cause of death that is not obvious. I feel like my head is spinning. I feel like screaming WTF.  Can this murder even be solved, if they cannot establish a murder even happened? Everything following that evaluation seems to be a big waste of time.

According to my source, the police are looking for blood and fingerprinting evidence in the car they impounded to find clues that may link little Jasmine presence in the taxi.  Sounds good right? WRONG.  Let me remind you that they didn’t take any evidence from Jasmine. No fluids or fingerprinting, no rape kits, nada so making that link would be a feat even gods would find impossible. Not to mention, as Faye stated in her dingle berry,  the investigating officer is making wide assumptions about what happened based on observations he can neither prove nor disprove.

So now they have a “suspect” who may or may not be the murderer. The public fears are somewhat alleviated. Please don’t let your guard down now. At this stage, the public need to be very cautious and aware as to the person the police presents to them.  The police is desperate for a solution making the environment ripe for a scapegoat.  Criminals in Belize laugh at our poor investigative skills.

So we reach the point where we take the defendant to court. Enter the defense attorney.  Remember, a person is innocent until proven otherwise. It is the State’s job to prove him guilty.  The state cannot even establish a murder happened. According to the pathologist, he cannot establish a cause of death.  How do we know how she died? She could have died from a sunstroke! I don’t mean to be facetious but in court, it is not what you know, it is what you can prove.  The most essential part of the case is ruined unless they can determine conclusively that she was in fact murdered.

My Belizeans, it is not only about attending the vigils and crying and complaining. It is about asking the right questions, demanding action and becoming an active and vigilant member of society. Political will comes from the people.  When people are arrested for murders, find out what the pathologist did; what evidence and procedures were followed. Ask the police what protocols they followed. Find out the applicable laws. We cannot allow “professionals” to be beyond reproach anymore, since I recently discovered the man reporting on’ causes of death’ is no professional in forensics. Our children, families, neighbors and fellow citizens’ deaths are turning into sad unresolved statistics.  Your family WILL be next  if this continues unabated.

I make a desperate plea to members of the Belize Bar Association with police background to come on board and help fix our broken system.  I call on all politicians to take off their political hats and put on their Belizean one to solve this crisis. As I write this, two more bodies have been found, possibly the two teenage boys missing. Their cause of death will be obvious, since it appears they were shot. What about little Jasmine?  We still have no idea how she died and what she endured.

We are a part of a greater plan in this world, even if we don’t know our purpose.  It seems that it took the murder of little Jasmine to move us as a nation; she is the sacrificial angel we needed to realize that our antiquated laws do not equip the police and prosecutors to fight these murderers who rein free in Belize. I am mad at everyone, including myself, to be in slumber for so long, but finger pointing causes this. It takes away your personal responsibility and cast it elsewhere.  Please do not lose sight of this movement for Jasmine.

Tonight the nation will mourn collectively as vigils all over the country are taking place. All will begin at  6pm. Everyone is asked to bring a candle and a white T-Shirt to show solidarity. Let the conversations begin there.

Placencia – in front of Police Station

14 thoughts on “The Mishandling of Jasmine Lowe’ Investigation Part 2 by: Aria Lightfoot”