In the past ten Years Belize has lost about 1000 relatively young souls to violence. Worse than the murders itself is a paralyzed country with no effective crime/prosecution policy in place.  The unprecedented lack of investigations and low prosecution is troubling and despicable. Worst than any health crisis that currently exists, death by murder is prevalent and undeterred and is eating away at the very soul of the nation of Belize.  Every Life Matters! Investigate, Prosecute, and give families Closure!  (Aria Lightfoot)

Two Years Later, and still nothing…

(reprinted with the permission of Anthony Sylvestre ) 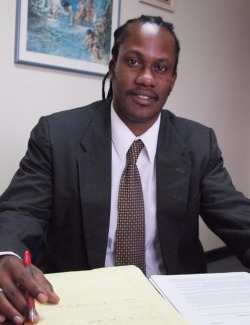 On the serene morning of Tuesday 8th January, two years ago, the residents of Dean and George Streets in the Mesopotamia and Queen Square constituencies in Belize City awoke and busied themselves as is their daily routine. The stillness in the air (which in retrospect now should have been a foreboding of things to come) abruptly ended with the frantic cries and wails spurn on by the ghastly discovery. It was like none the people in that community had seen before. True, the boys from the area were legendary warlords; but the throats slitting, stabbings, butchering and near decapitation of the four men in that building at the corner of Plues and Dean Streets, was still too much. And besides, we are a country of laws anyway; none should be judge, jury and executioner all at the same time.

The initial shock quickly turned into an internalizing of what had transpired. Men or ghosts (you take your pick) had secretly entered the apartment and slay the men, unbeknown to anyone. Not even the police officers at the police sub-station 100 yards down the street knew what had taken place. And as luck would have it, the police camera on the lamppost was malfunctioning at just about the same time, so there was no video footage to see who went in and out of the building.

And so, naturally and understandably, the residents began pointing fingers and laying blame. It had to be the GSU they conjectured. For they alone had a motive; that is, to destroy the George Street Gang which is based in that community. The head of the GSU had publicly stated so in unequivocal words. And, the residents reasoned further, no rival gang would dare come into the George Street turf. To do so was a sure suicidal mission, not even the bravest gangster was up to.

Dean Barrow, the Prime Minister, and area representative of one of the affected constituency (Queen Square) held a meaningless press conference later in the afternoon (as is his wont) and related the residents’ suspicion:

“… the bad news is that the people from George Street are absolutely convinced that these were state sponsored murders that not to put too fine point on it that it was the GSU that killed the 4 persons in that apartment building.

One would believe, that when the integrity of a government and its security forces was being questioned on the scale that Barrow’s one was then, a serious and responsible leader would have tried to do something to try to quell that tainted public perception.

So what did Barrow do to quell the residents’ suspicions and belief? NOTHING!

PUP Party Leader, Hon. Francis Fonseca, by contrast, at the time went into the George and Dean Street area and met with the residents and discussed their fears and concerns. He then called on the Prime Minister to appoint a Commission of Inquiry into the four murders.

The Commissions of Inquiry Act states that the Prime Minister may appoint a Commission to inquire into any matter which in his opinion would be for the public welfare. The Act further prescribes that the inquiry shall be held in public unless otherwise decided by the Commissioners. The purpose of a commission of inquiry is to fully and impartially inquire into a specific issue and to return an opinion or report on the issue.

In other countries, faced with similar growing distrust of the security forces, the government has held commissions of inquiries in an attempt to quell the public perception of a tainted security force.

This is what transpired in Jamaica following the 2001 killing of seven young men in Braeton, Portmore. The young men were all reputed members of a criminal gang. The residents in the Braeton area decried the killing as unjustified state sponsored killings. A Commission of Inquiry was eventually held into the circumstances of the killings of the seven young men.

A Commission of inquiry was the ideal way to publicly show that the GSU or the security forces were not involved in the mass murders on Dean Street.

But two years later after the Dean Street massacre and the still lingering public perception that the State was involved, Dean Barrow has still not appointed a commission of Inquiry into these most horrific deaths; and the deaths remain the most brazen and gruesome unsolved crimes in our country’s history. The question is: why?

The breeze—the breath of God—is still—
And the mist upon the hill,
Shadowy—shadowy—yet unbroken,
Is a symbol and a token—
How it hangs upon the trees,
A mystery of mysteries! (Edgar Allan Poe)