Article first appeared in the Amandala August 3, 2018 and reprinted with the permission of Eamon Courtenay SC.

THE REFERENDUM – LET ALL THE BELIZEANS VOTE 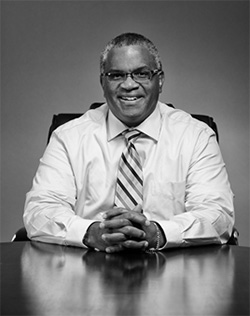 The Government has set 10 April 2019 as the date on which Belizeans, in referendum, will decide whether to submit the claim by Guatemala to Belizean territory to the International Court of Justice (ICJ). According to the media, the much heralded education campaign that must precede the referendum was “launched” at the Ministry of Foreign Affairs on 5th July 2018. The Government of the United States of America donated US$250,000 to the education campaign through the United Nations Development Fund. We now wait to see the details of the education campaign.

On 1st July, the long-delayed re-registration exercise started. By this process all Belizeans eighteen years and older, will be eligible to register in the constituency where they have resided for at least two months. The primary purpose of this exercise is to cleanse the voters list. It is designed to ensure that only those Belizeans who actually reside in a constituency or municipality vote to elect members of the House of Representatives, and mayors and councilors in municipalities. Re-registration should also give an accurate representation of where voters are living. The result will inform any re-districting that needs to take place so that each constituency “shall have as nearly as may be an equal number of persons eligible to vote”. That is what the Constitution requires, and that is what should be done.

There is the very serious issue regarding the Guatemalans who currently purport to hold Belizean nationality, who are apparently being allowed to participate in the reregistration exercise. They should not be registered, but I do not intend to discuss that issue now. Suffice it to say that a new register of electors populated with unqualified persons is likely to vitiate referenda and elections that are based on such an impaired register.

Once the re-registration is completed, the new register of electors will be promulgated. It will be used for the referendum to decide whether to submit the claim by Guatemala to the ICJ. According to the Referendum Act, only persons who are eligible to vote in general elections will be entitled to vote in the ICJ referendum. Importantly, this will include non-Belizean Commonwealth citizens who are on the new register. However, Belizeans who do not reside in Belize are not eligible to register, or re-register because they will not be able to prove residence in any constituency for two months.

So, Guatemalans who have not formally renounced their Guatemalan nationality, but who have obtained Belizean nationality, and Commonwealth citizens on the register will all be allowed to vote in the referendum. But Belizeans living abroad (even with a valid Belizean passport) will not be able to vote in the referendum because they do not qualify for registration. This is fundamentally wrong. It is unfair.

I believe that all Belizeans eighteen years and older, wherever resident, should be allowed to vote in the ICJ referendum. The question whether or not to submit the Guatemalan Claim to the ICJ is the single most important decision we face, collectively, since the decision to go to independence in 1981. Regardless of the ultimate decision taken in this historic referendum, all Belizeans will have to live with the result. So all Belizean adults should have a say by their vote.

As to voting, Belizeans abroad should be permitted to vote electronically or by attendance at embassies and consulates. Belize has the capacity to enable transparent, secret and verifiable electronic voting. I feel confident that there are patriotic Belizeans who would volunteer their expertise and resources to make this happen, if required. But the fact is, it is the sacred duty of the Government to make this a reality.

Details of the education campaign have not yet been made public. Those designing it should include a component that caters to Belizeans abroad, to inform and educate them on all aspects of the issue before the referendum. Perhaps the US$250,000 donated by the USA can be used to put in place the arrangements necessary to achieve this objective and to support a far reaching and multi-faceted education campaign for ALL Belizeans.

To be clear, I am not proposing that Belizeans living abroad should be allowed to register to vote in general or municipal elections. That is a wholly different issue that requires different considerations. Those Belizeans who reside abroad should not appear as electors on the new register of electors.

I do strongly propose however, that the Referendum Act and the Representation of People Act should be amended to create a Register for Referenda, which will exist alongside the Register of Electors used for general and municipal elections. The former register would be used for the ICJ Referendum and would include all Belizeans regardless of where they are resident and would be used in national referenda such as the ICJ referendum.

Time is not our enemy. If arrangements required for a truly Belizean referendum to be held, cannot be put in place expeditiously, then referendum day – 10 April 2019 – should be vacated. There is no magic to that date. It is more important to get this right.

The ICJ referendum is a national issue, not a political issue. It is an existential issue that will define our existence as a nation state, and affect our relations with our neighbor Guatemala. All Belizeans should have a say in that singular decision