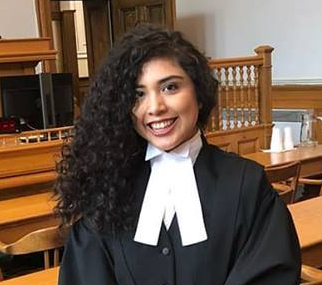 Canadians who lived abroad for more than five years were once unable to vote in federal elections. A recent Supreme Court of Canada (“SCC”) decision explained why the law disenfranchising these Canadians was unconstitutional. This post is to add to the discussion regarding Belizeans abroad and their ability to vote in the upcoming referendum on whether we should take the Belize-Guatemala dispute to the International Court of Justice (“ICJ referendum”).

The right to vote is a core and fundamental feature of any democracy. The right of citizens to take part in the government of their country is so important, it is included in the Universal Declaration of Human Rights.

In deciding that the residency requirement was unconstitutional, Canada’s Chief Justice shared the story of Canada’s progressive enfranchisement. The right to vote was once restricted to property-owning men aged 21 or older. Women, racial minorities, individuals formerly described as having a “mental disease”, penitentiary inmates, Canadians abroad in service of Canada’s armed forces and public administration were all once excluded but now have the right to vote. Civic participation, he explained, is fundamentally important to the health of a free and democratic society.

“Residency” was the last restriction on the right to vote. The SCC analyzed the role of residence in Canada’s electoral system. The residency requirement emerged when citizens were generally unable to travel as easily and extensively as they do today and tended to spend their lives in one community. At that time, the right to vote was linked to the ownership of land, and only male property owners could vote. The requirement was designed, in part, to prevent “plural voting” where a person who owned property in several electoral divisions could cast a vote in each of them.

Cue globalization and feminism. Today, the right to vote is no longer limited to male property owners. And as the Chief Justice wrote, “…citizenship, not residency, defines our political community and underpins the right to vote.”

Historically, Belizeans who “go da farin” continue to support their families at home. They move for more economic opportunity and often contribute to the economy of Belize. This trend is not isolated to Belizeans. In fact, migrants from Latin America and the Caribbean sent records amount of money to their home countries in 2016, when remittance flows around the world decreased. The contribution of the Belizean diaspora to the Belizean economy is not to be dismissed.

The government via the Attorney General of Canada argued that it would be unfair to allow non-residents to vote – it would be unfair if those who are largely unaffected (non-residents) participated in decisions that would affect others (residents). But the SCC found that the evidence provided showed that such an impact would likely be negligible. When you seek to limit a fundamental human right, the basis for doing so must be reasonably justified, rational and no more than is necessary to accomplish the objective.

What evidence does the Government of Belize have before it to suggest that allowing the Belizean diaspora to vote would result in unfairness to resident voters in the upcoming referendum?

Civic participation is crucial to any democracy. GOB is asking its citizens to partake in direct democracy in the ICJ referendum while at the same time imposing arbitrary barriers upon its citizens living abroad. That is a duplicitous democracy.

Voting from abroad is now possible for Diaspora communities from 115 home countries. Of these, 28 come from home countries in Africa; 16 in the Americas; 20 in Asia; 41 in Western, Central and Eastern Europe; and 10 in the Pacific. Provisions for voting by Diaspora communities have been adopted by five additional countries, but rules and voting methods have not yet been decided.