Editor’s Note:  Dr. Bulwer  highlights the toll on the medical system when he was the Director of Medical Services at the KHMH in 2010 and signaled then a great need for an economic  impact study created by this violent crisis facing the nation of Belize.  Since 2010 the rate of violence has increased significantly, more than doubled with a person becoming victim to a violent crime every two days. 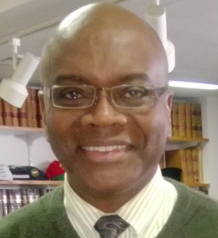 Last week, it may not go down well with my mom that I took a walk after dark (alone) in my old neighbourhood, down Rivero Street, through Kraal Road, unto Faber’s Road. (For those unfamiliar with this neighbourhood—Kraal road is synonymous with the current scourge of gun violence; this is the very street I spent countless hours playing draughts [checkers] during high school.)

Last week, a twenty-eight year old Cuban volunteer doctor, came all the way up from Big Creek to Belize City to attend the Annual Scientific Congress of the Cuban Medical Brigade—an annual newsworthy event that doesn’t make news headlines. What she sustained, however, was not a positive scientific onslaught by her fellow colleagues. Instead some debased young punk with a knife, attacked this beautiful woman … with intentions to rob and kill. She ended up maimed, requiring immediate surgery. Her fellow Cubans rallied to her bedside—they did it all, both the nursing and the surgical care. She now bears these scars for life, and with it, some unpleasant memories of Belize. I apologized on behalf of my nation.

If you’re versed in ancient hospitality, it is bad when your own gets hurt. It is worse when you do it to a stranger—worse still when it’s a stranger who volunteers to look after your sick … and a defenseless female at that. (As I don’t consider “him” a man, I entertained unmentionable thoughts about prescribing for “him” a surgical procedure commensurate with this assessment).

Face the facts. We have become a violent nation. This violence is not confined to guns and knives, but this broader definition is beyond the scope of this brief article.

We don’t need to wait for the definitive research. The cost of crime is not just the incalculable loss of life for the victims and their families … I know.

My eldest brother loss his life on his Camalote farm, and worse still, it was at the hands of a convicted murderer who was supposed to be behind bars. The fallout from this tragedy to his family and children continues.

Therefore, it’s “not just the victims who ‘get shot.’” We, as a nation, get shot.

As one on the frontlines of this fallout, I say to Belize: It’s not just the five-, or ten-, or twenty- or forty-thousand dollars of your taxes that goes into emergency medical care, surgical care, nursing care, medications, medical equipment, and hospitalization (for each gunshot victim) at the KHMH—it’s the incalculable loss of life, and the near resignation of us as a people to this seemingly never-ending tragedy.

Belize had 95 murders in 2009; the KHMH recorded 91 other gunshot victims who showed up alive at the emergency department. (Barbados, with a population the size of Belize, complained about their high murder rate totaling nineteen [19] murders in 2009).

Complain, but know this … Sometimes up to two dozen medical staff (and more) gets involved with each gunshot victim. It’s not just the emergency room doctors and nurses … but also the surgeons, critical care doctors, operating theater staff, ICU staff, laboratory and blood bank technicians, ventilator and respiratory therapists, attendants, and people who are tasked to deal with this violent fallout.

Multiply this by the number of gunshot victims and other violent acts—and you then begin to understand the burden imposed on your hospital—the KHMH—which receives almost every accident and gunshot victim in this city.

Complain, but know this … BECAUSE violent crime and accidents often leave the emergency cupboard bare—and where expensive medications, instead of going to the sick, end up diverted to the victims of violence … which causes you more frustration with your medical services—since victims of violence take priority over your child who is sick, or you with abdominal pain, or your high blood pressure or diabetes that’s out-of-control.

For this very reason, you and your children and family may go to the KHMH Emergency Room where you may wait and wait, and get angry and frustrated.

It’s not just that granny can’t go out to exercise in the cool of the evening because she is afraid of being robbed, or shuts out the nice sea breeze because of fear … or that we must spend several thousand dollars on fences, burglar bars, and other security gadgets. Left unexplored are the psychological and business costs of living in a violent city.

Deng Xiaoping, one of China’s transformative leaders in recent history, is credited with the saying, “It doesn’t matter if the cat is black or white, once it catches the mouse.” Perhaps, we need a Cuban-style approach to tackle violent crime (this was the essence of a remark by a Cuban volunteer in response to the violent attack on their colleague).

When my dad was alive—he spoke of this coming scourge of crime. He often said that the problem of our neighbourhood (which was peaceful back then) was a “problem of parenting”—and that if your parents didn’t look after you … then the law would. Although he himself was politically opinionated, he decried the culture of “dependency on politicians.”

He was a real man—he raised (not just fathered) twelve kids with his wife, my mother. He abandoned none of them, nor made excuses for why he couldn’t look after them. He didn’t finish primary school. We lacked much—but he built a roof over our heads.

He told us we were never born slaves. He taught us the value of hard work, of honesty, and respect for others. He decried idleness, and I learnt early that “the devil finds work for idle hands.” He worked “cabinet” furniture, supplemented his income by building cement blocks the old-fashioned way.

He acquired two small farms in “Boston” on the old Northern road where we spent most weekends. When I asked to play sports at Yarborough (now Yabra) field, he called that “pappysho”—and he said the best way to get exercise was for us to go to Boston, do some planting and reaping—and at the end of the day, you won’t just burn energy. You’ll end up with more than exercise … you’ll also end up with food on your table (This was the mindset of my self-employed father who took seriously the reality of having a home with several mouths to feed).

Mr. B. liked to share, but often lamented that some neighours would never once ask to go with him to the farm—yet they were quick to beg for farm produce when he returned from Boston.

My mom—who I only recently learned made more money than Dad—ran a successful food business for many years. What I learned from her is incalculable, but that’s for another place, another time (Call me sexist if you want, but the evidence is that “it takes a man to raise a boy”—and raising boys lies at the heart of Belize’s gun problem).

We have to find a way to “outlaw” idleness. All able-bodied young men and women should be in school or at work. There is no shortage of work to be done in Belize. We have an “employability” problem, not just one of employment.

We have a nation to feed and a nation to build. The Mennonites aren’t known for their educational status, but they are by far, the richest people in Belize. Ignore their example at our peril (I’m referring to the over-emphasis on “book” education).

We need to halt the spread of Belize City slums—where an entrenched sub-culture of violence and the stuff that feeds it, have taken root; places full of “mud-ah-waata, London bridges and mosqitto”—places where poor folk end up spending the little money they earn to fill tiny house lots where they can’t plant food or raise chickens—perpetuating an environment and a cycle of deprivation, dependency, and frustration.

Worse still, too many of our children are being born, but not “raised.” Listen to the words of 2pac’s “Brenda’s got a baby”—the fallout is devastating. Just look at who bears the brunt of the death statistics or end up in jail.

Belize a very special place. It may not float on as much oil as Kuwait, but we have natural stuff that oil money can’t buy. The richness of a nation, however, lies not in its geography, or simply in its economy. True wealth lies in the soul of its people.

True wealth is like when the Germans and the Japanese—despite being militarily conquered and physically destroyed barely sixty-years ago—rebuilt themselves as leading nations … rebuilding not just their physical infrastructure, but also the heart and soul of their people.

Shame on us as a nation! We are all, wittingly or unwittingly, presiding over its slow demise—especially the demise of those who call themselves natives.

Many of us are pursuing our little narrow agendas … carving out our own little corners … while collectively we are losing (or have lost) our soul as a nation. The best way to boil a frog is to put him in cold water and then slowly turn up the heat. He ends up dying (comfortably) and without a fight. Belize, the heat is on.

Some of us continue to fiddle while Rome burns. Many of us are being anesthetized, trying to find refuge in extraneous pursuits, entertainment, carnivals, foreign television, and stuff that is “easy on the mind”—while many of our sons (and daughters) die almost daily—handsome and strong young men who end up being disposed as rubbish, rather than treasured, and ending up as buried treasure with unfulfilled potential.

I wish part of our priority for our children is to get them (or ask your relatives to send) computers with internet connection (for education, not just music), rather than just fancy clothes and name-brand sneakers.

We can complain all we want … Call the talk shows day in, day out …Vote one party in, and then vote one party out.

We, as a nation we are in need of strong medicine …perhaps even radical surgery. The challenge is—who will bell the cat? Who is prepared to swallow the pill? Look in the mirror, and then I’ll tell you the answer.

Cost of Community Violence to Hospitals and Health Systems