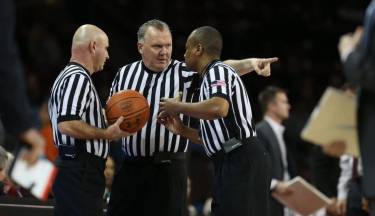 Ask the average Belizean about football or basketball rules or refereeing, especially when their respective teams are playing,  and you will get the most knowledgeable analysis of where the referees went wrong, what the players did wrong and what the rules are.   Ask the average Belizean if they have ever read their Constitution and you get blank stares, outright nos and many admit they have never seen it or know where to find it.   A country with a very young population and no idea what rules apply to the country, the leaders or any idea how the governance is structured or what rights are afforded to them should concern everyone.

I designed a course on good governance and of the 50 students I have engaged so far, less than 10% read the constitution or knew where to find the constitution. A few years ago the media visited tertiary level students and asked who was the first prime minster of Belize and many students shockingly had no clue. This cluelessness should cause deep shame on us all.

Belize right now is operating with serious constitutional violations and the people of Belize have been less than vocal about these violations. The Referendum on the ICJ highlighted one of the worst abuses of voter disenfranchisement, voter mis-education and constitutional violations regarding our borders.  Belizeans allowed a large injection of foreign money from the US and UK; actions that would cause protests, court challenges from watchdog groups,  court injunctions, congressional or parliamentary inquiry within the US and  UK,  sailed thru without much fanfare in Belize. A friend advised that shouting constitutional violations to a people who have no clue about their own constitution is a waste of time.

In fact, it made me think deeply about this issue. If you think about it, no prime minister that have lead Belize or vying for leadership of Belize was born in an Independent country. They are all products of colonial governance and training. They have no idea or true consciousness around equality, human rights, constitutional supremacy, rule of law and ethics and every time they open their mouths to explain or excuse  their abuses, it shows.

Many of  our leaders, legal community and watchdog groups  were predominantly  shaped in a society of privilege, wealth and class. They are gate keepers who protect the status quo.   Our constitutional rights are a negotiating tool for them.  Our leaders exerted a great deal of effort to achieve Independence but had no plans for  post independent Belize; no vision went into building the nation state of Belize once Independence was achieved. Our country became independent of the colonial masters and then elected leaders worst than the colonial masters.

I challenge the media and voting population to ask every politician about their knowledge of the Belize Constitution and I would wager that more than 50% of politicians are themselves clueless about the rules that govern Belize and simply taking orders from the most dominant politicians.

Carl Sagan said “The gears of poverty, ignorance, hopelessness and low self esteem interact to create a kind of perpetual failure machine that grinds down dreams from generation to generation. We all bear the cost of keeping it running, illiteracy is its linchpin”. Belizeans are illiterate about their constitution, their rights and their responsibilities. If we truly want a corrupt free nation where leaders work for the betterment of society and work to build the nation we must attack this illiteracy with an urgency as if we truly want to save the nation state of Belize for many generations.

The constitution can be found here:  https://www.oas.org/juridico/mla/en/blz/en_blz-int-text-const.pdf

What democracy is NOT