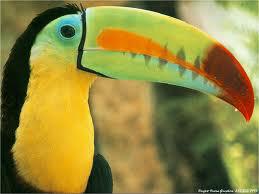 The idea of Twocanview was borne to address issues in Belize normally too taboo to discuss, or due to political affiliation, fear of retaliation or apathy, not addressed.  We are two Belizean women, giving a bird eyes view of our beautiful country Belize.   We chose the name Twocanview as a play on the word toucan, Belize’s national bird.

Twocanview’s articles brought out very strong mixed emotions from readers and from writers of Twocanview alike.  We were enthusiastically encouraged to continue by some; some readers were deeply offended, even those we were not talking about; our Belizeanness were called into question; one person threatened to ‘bring down’ Twocanview (the most hilarious threat);  we were blocked and reported as spam;  we were called insignificant;  we were ignored;  we were taken very seriously;  we were prayed for;  we were called evil and one fanatical church lady called for my personal arrest when I reach Belize.  Some opposition members accused us of being an arm of the government and the government had no idea what to make of us.  Maybe starting a controversial blog months before a major General Elections could make a lot of people ‘naaavous’ and suspicious.

As the year progressed, many people calmed down, and many of our readers developed a level of trust for us.  We received many tips on stories and many times people reached out for us to address issues and helped to add credence to our articles.  Faye and I have been very clear and consistent in our writing. We are anti-corruption, pro-Belize and we are adding our voice to the discourse to move Belize forward. We firmly believe that Belizeans want the same things, regardless of political affiliation, social or financial status.

Over the year, we promoted a successful writing contest with the winner, Andre Alamilla, receiving over 1000 dollars in gift and prizes through the generous contribution of our readers. We were also featured in the Independent Newspaper;  we had the opportunity to interview the Prime Minister of Belize, Dean Barrow and also met several past and present members of House of Representatives.  Several writers contributed to Twocanview with opinion pieces of their own and Twocanview also sponsored a child through Restore Belize hoping to make a difference if only in one child’s life.

In our first year,  Twocanview wrote 355 articles, received 1,132 comments from readers,  had more than 48,000 hits. About 800 email subscribers, 40 blog followers and almost 400 Facebook likes.   The most read story in one day was “The mishandling of the Jasmine Lowe investigation” (https://twocanview.com/2012/06/08/the-mishandling-of-jasmine-lowes-investigation-by-aria-lightfoot/) which had over 4250 views in one day and reprinted by two small newspapers.  Our blog has been viewed in Belize, USA, Canada, Europe, Africa, Asia and the Middle East.  Even though we do not blog daily or weekly we still get about 50-100 daily viewers.

The year has seen some ups and downs. Faye and I have disagreed on how to address certain issues and as passionate women, we made our stand.  Our writing is real and emotional and driven by our love of country.  We have also received very good, not so good, rude and interesting feedback from professors, co-bloggers and just about anyone with an opinion.  The last few months we have had less articles due to school and work obligations for myself and Faye began pursuing other projects.

As I become acclimated with working full time, I plan to continue blogging in the New Year. The membership has been renewed and in 2013 Twocanview, will continue to bring to readers perspective on issues we think are of national importance. Belize is too important to us.  We will not go quietly into the night and promise to continue our advocacy of good governance for Belize.  We wish you a very merry Christmas and a Happy and Prosperous New Year. Please continue reading and spreading the birdflew.